OUTBREAK’s One Health antimicrobial resistance economic perspective reveals the range of socioeconomic impacts of antibiotic resistance in Australia and highlights the value of potential intervention strategies using a One Health approach.

The report focuses on a specific clinical condition – urinary tract infection (UTI) – and the health and economic sequelae of antibiotic resistance. It provides an estimate of the total cost of UTIs to the Australian healthcare system and models a range of scenarios with increasing and decreasing antibiotic resistance levels.

An interactive web-based app has been developed in conjunction with the publication.

This app accompanies the 2020 One Health antimicrobial resistance economic perspective from the OUTBREAK Economics working group.

Objectives
This app estimates the costs to the Australian healthcare system of treating urinary tract infections (UTIs) and how those costs will be affected by changes in resistance to antibiotics commonly used to treat UTIs.

The model relies on real-world patient journey data from 2015-2016, indicating the number of UTI patients presenting at GP surgeries and ED, the number admitted to hospital and the proportion requiring ICU treatment.

We have then projected these costs forward to 2030, accounting for changes in the Australian population, under different resistance scenarios.

Assumptions
In the absence of linked data from GPs, emergency departments, and hospitals, the model makes the following assumptions: 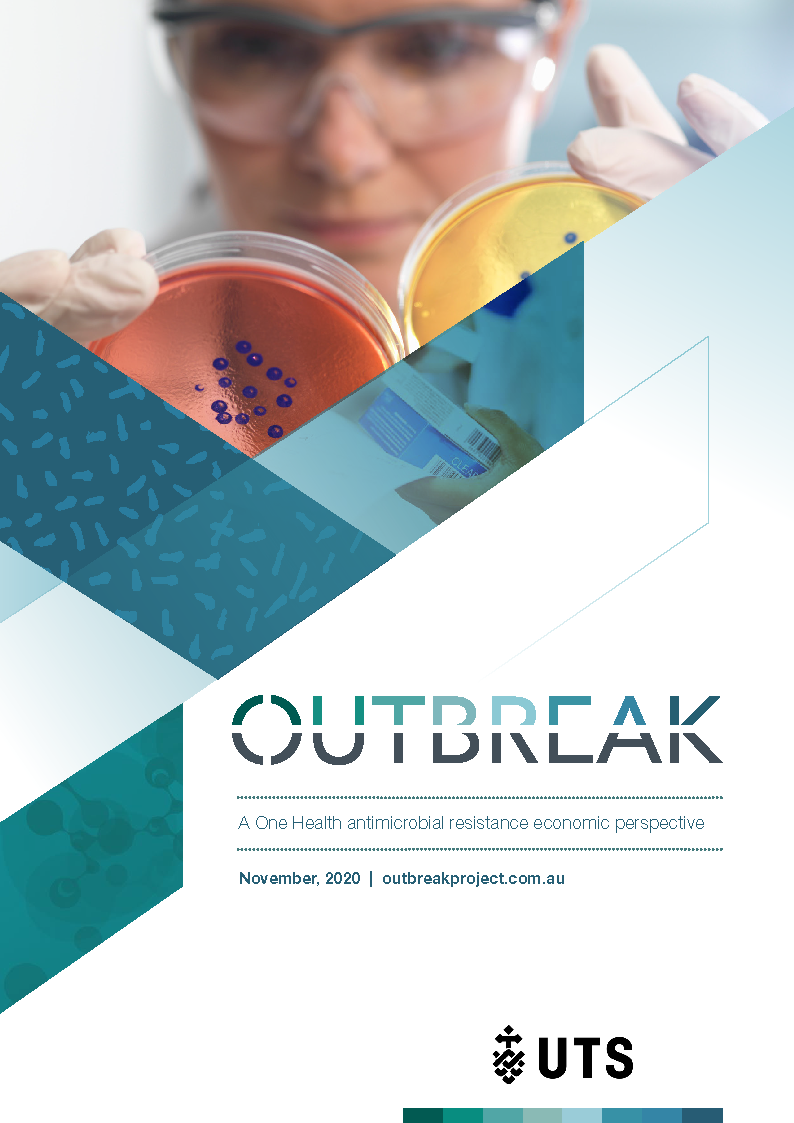 This OUTBREAK report is an excellent development for three reasons. First, it applies specific estimates to one country, Australia for the consequences and costs to the economy of one of the major challenges of AMR – UTIs. This could allow a similar process to be done globally or certainly for other countries.

Secondly, as part of the process used, they have outlined an alternative approach to the very macro approach used by the consultants we used at the centre of our AMR Review. Thirdly, and especially pleasingly, what I really love, is that the role of diagnostics is at the centre of their recommended approach to dealing with the UTI challenge, which I have long since argued is quite possibly the single most important way of reducing the inappropriate demand for antibiotics. The authors show persuasively, in a very specific case for a patient, how this can be done.