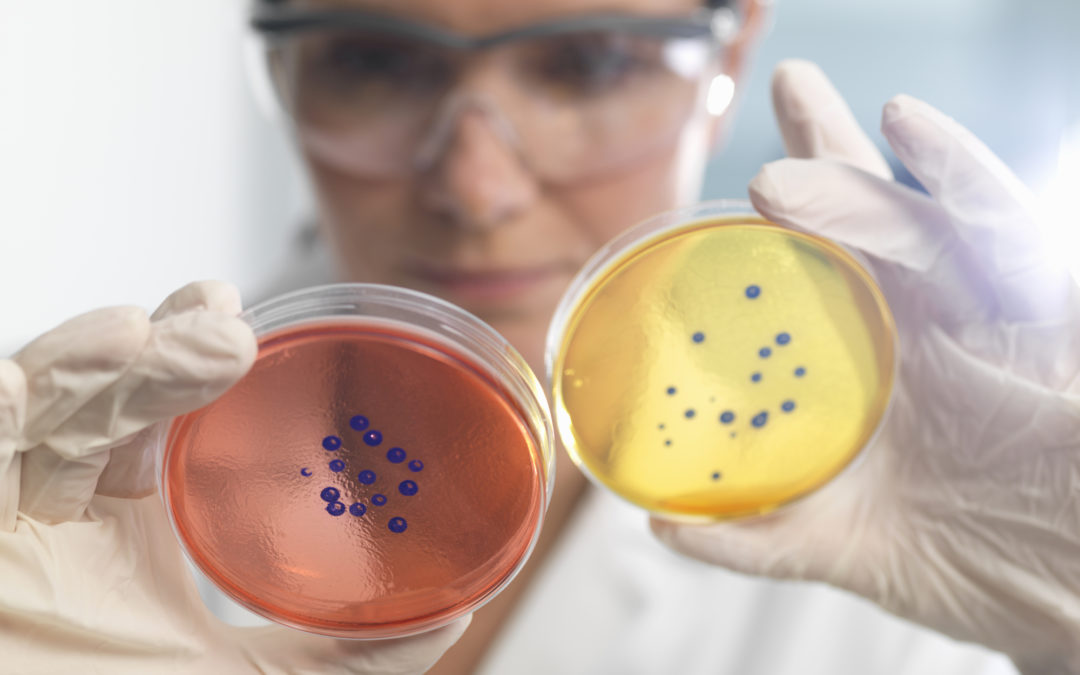 One of the world’s most common infections will cost Australia more than $1 billion a year within the next decade, if nothing is done to stop the rise of antibiotic resistant bacteria (superbugs).

Analysis by national consortium, OUTBREAK, highlights how urinary tract infections (UTIs) are becoming more persistent and harder to treat, resulting in more people being admitted to hospital where they require longer stays and more costly medicines.

OUTBREAK managing director Assoc. Prof. Branwen Morgan said drug-resistant UTIs were the canary in the coal mine for a growing number of antibiotic-resistant germs spreading in our community, animals and environment.

“Drug-resistant infections are a global health threat but this is the first time we’ve been able to connect the overuse and misuse of antibiotics to the health and economic impact of a single disease,” Assoc Prof. Morgan said.

“UTIs affect 1 in 2 Australian women and 1 in 20 men in their life-time, currently resulting in more than 2.5-million GP appointments, 100,000 emergency department visits and 75,000 hospital stays each year.

“We found that UTIs already cost Australia’s health system $909 million per year, not including indirect costs such as lost productivity. If we do nothing to stop the rise of antibiotic-resistance, that figure could easily hit $1.6 billion by 2030.

“Those figures are very conservative and don’t take into account the increasing numbers of people with UTIs, so realistically it could cost much, much more than that.”

The calculations were devised using a combination of national and regional data from the Illawarra Shoalhaven Local Health District (ISLHD) for the number of UTI patients presenting to their doctor, the emergency department, the number hospitalised and proportion requiring intensive care, as well as local antibiotic resistance trend data.

ISLHD infectious diseases staff specialist Dr Simeon Crawford said the potential costs to the economy and our way of life were extraordinary.

“We can see the alarming multi-billion-dollar impact of antibiotic-resistance across the entire health system nationally,” Dr Crawford said.

“As more and more germs acquire drug-resistance mechanisms, the burden will rise inexorably. We can’t afford to be complacent.”

Dr Crawford said a greater variety and volume of information was needed to fight the growing resistance of UTIs to antibiotics.

“Connecting data from different sources will help us to predict and manage the problem,” he said. “With the right information we can use antibiotics in a more targeted way; saving lives, saving money and protecting the effectiveness of these invaluable medicines for as long as possible.”

Distinguished Professor Antoine van Oijen, from the University of Wollongong, said the proliferation of drug-resistant bacteria was a slow-moving but serious threat.

“COVID-19 is a very powerful example of how one untreatable virus can bring economies to their knees,” Prof. van Oijen said.

“But drug-resistant bacteria are a bigger, more pervasive problem in health settings and throughout the community.”

British economist Lord Jim O’Neill, who led a landmark review into antibiotic resistance, said the OUTBREAK report was an excellent example of what could be done to determine the costs and consequences of UTIs.

“I love that the role of diagnostics is at the centre of their recommended approach to dealing with the UTI challenge, which I have long since argued is quite possibly the single most important way of reducing the inappropriate demand for antibiotics,” Lord Jim said.

“Consumer behaviour is unpredictable when public health is under threat and that disruption flows through to every business – from multinationals to solo operators,” she said.

Ms George said the economic and health consequences of drug-resistant bacteria spreading through the food chain was an emerging challenge, including for Australian food producers and exporters and an issue currently being negotiated in the international food standard setting agency, Codex.

“In the case of UTIs, the bacteria may have a food-borne origin that includes meat and fresh produce,” she said.

Read the full report on the cost of UTI superbugs in Australia or watch the video. 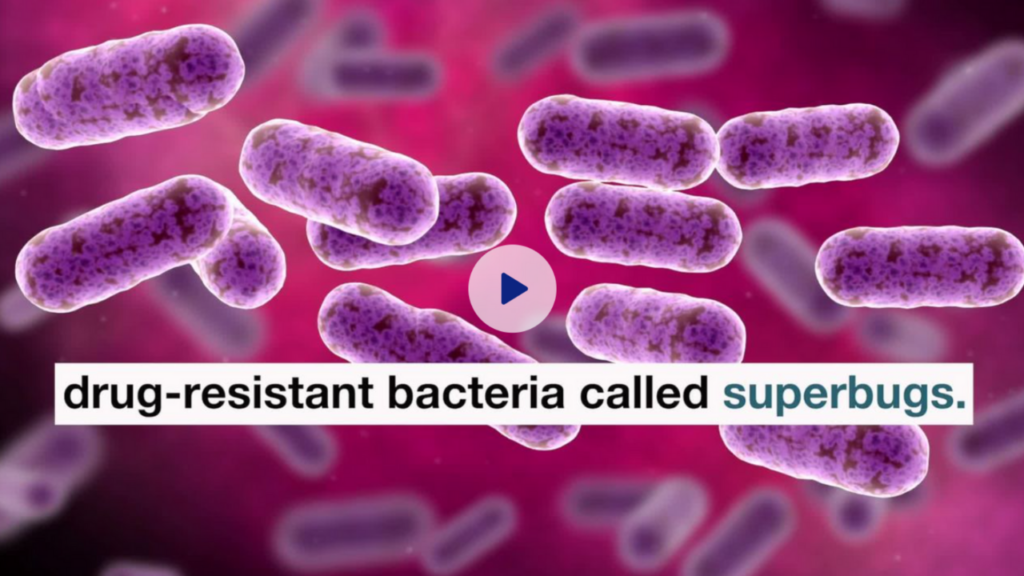 OUTBREAK is a multi-institutional and transdisciplinary initiative, led by the University of Technology Sydney, helping solve the growing threat of antibiotic resistance by using big data and AI to determine a location-specific and person-specific risk of a drug-resistant infection now and in the future. FIND OUT MORE outbreakproject.com.au

“This OUTBREAK report is an excellent development for three reasons. First, it applies specific estimates to one country, Australia for the consequences and costs to the economy of one of the major challenges of AMR – UTIs. This could allow a similar process to be done globally or certainly for other countries.

Secondly, as part of the process used, they have outlined an alternative approach to the very macro approach used by the consultants we used at the centre of our AMR Review. Thirdly, and especially pleasingly, what I really love, is that the role of diagnostics is at the centre of their recommended approach to dealing with the UTI challenge, which I have long since argued is quite possibly the single most important way of reducing the inappropriate demand for antibiotics. The authors show persuasively, in a very specific case for a patient, how this can be done.”

“Lives saved through new treatments for devastating cancers; initiatives, including better deployment of our health professionals, to keep people fit and healthy; adoption of technology that bridges the health gaps for remote and vulnerable patients – these are all issues that excited me over 20 years as Shadow, then Health Minister in NSW. They continue today.

But nothing moved, nor motivated me more than a eulogy given by a father at the funeral of a young mum who had died after contracting a golden-staph infection whilst recovering from major brain surgery. He begged me to do more about antibiotic resistant infections that would not respond to treatment.

Thus my total commitment to the work done by the OUTBREAK team, not only in monitoring antibiotic use and resistance, but in filling in the massive data gaps that relate to antibiotic use in animals and the levels of AMR in the environment which have a critical role in the dissemination of drug resistant genes.

The impact of drug-resistant UTIs is scary. In economic terms – potentially costing over one billion dollars per year within a decade – but in terms of the health of the millions of (mostly women) patients, some of whom will die.

If COVID 19 has taught us anything it should be the need to be vigilant, be alert to preventive measures needed, and be prepared if and when an outbreak occurs. That’s what OUTBREAK can do.”

“The OUTBREAK economics report highlights the dramatic impact antimicrobial resistance (AMR) is having at the national level. As we pointed out in our own recent ‘Fighting Superbugs’ report, we suspected that the impact of AMR in Australia is under-estimated and we welcome the more accurate picture provided by the Outbreak team. Their work highlights the pressing need for action using a One Health approach, and this, combined with efforts to help address the weak pipeline of novel antimicrobials by increasing collaboration and commercialisation through initiatives such as the new Australian Antimicrobial Resistance Network (AAMRNet) will be crucial in the fight against AMR.

MTPConnect, the Industry Growth Centre for the medical technology, biotechnology and pharmaceutical sector, recently launched AAMRNet with the support of Pfizer, MSD, GSK, Botanix Pharmaceuticals, the Monash Centre to Impact AMR and Medicines Australia, to combat AMR through a coordinated set of policies/activities on research and development, regulation, commercialisation, surveillance and stewardship.

I congratulate Branwen and her team on the report and look forward to combining our efforts to combat this critical and growing threat to global public health.”

“This crucial piece of work demonstrates the importance in bringing health data together in ways that can help clinicians and health planners to provide better care. There is a critical need to collect and connect patient-centric information in all areas of clinical care, given that the findings in urinary tract infections portray the urgency of a system-wide response. OUTBREAK has set a new standard of data integration and utility, something that the community expect, but which is so rarely delivered.”

“Antimicrobial resistance (AMR) is one of the greatest human health threats facing Australia and the globe. The rise of drug-resistant bacteria is undermining modern medicine and is estimated to cost the global economy US$100 trillion by 2050, including a 5-10 per cent reduction in Australia’s GDP.

CSIRO and UTS have partnered on an antimicrobial resistance mission, which aims to secure a future where antibiotics still save lives. Research like this is critical in raising awareness of the overuse of antibiotics and the urgent need to tackle the AMR threat head on.”

“There is an urgent need to reduce the reliance on antibiotics around the globe while ensuring we advance the care and welfare of animals. With continued innovation across the continuum of care, Zoetis develops solutions including vaccines and rapid diagnostics that help prevent and detect diseases in animals.

But we can’t do everything at once. To determine R&D priorities, we need to improve our decision-making abilities, and this comes from having robust financial models based on good quality data. Zoetis has long supported a ‘One Health’ approach to disease surveillance which recognises that animal and human health are interconnected. Many of the same diseases are faced by both requiring treatment with many of the same medicines – including antibiotics. Without considering this interconnectivity, our understanding of the drivers and blockers of AMR will be incomplete.”